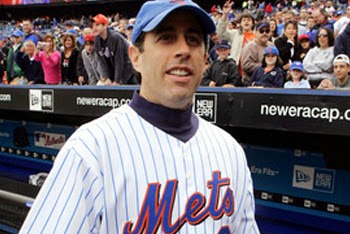 Washington, Fender Squire '51: Traditionally, expansion teams come prepackaged with kid friendly colors, a big goofy mascot, and a ton of crazy marketing gimmicks. The idea is that, hey, we can't compete right now anyway, and the adults probably aren't going to give up on the team they've been rooting for their whole lives, so let's go after the kids, grow with them, and in a decade, we'll have a generation of fans to support us when we're finally ready to compete. Most adults hate expansion teams for this very reason. The Nats are different (not really an expansion team, I know they came from Montreal, but still, they basically started from scratch), they branded themselves right off the bat (intentional pun) as a continuation of D.C.'s baseball heritage. That what the '51 reissue is, a new-old guitar.

Miami, Fernandes Vertigo: They pushed these guitars pretty hard in the late 90's. It seems like the stopped manufacturing them in bright colors, which it's kinda a shame because I though they looked awesome (except for the headstock) and the price was decent. They might have blown their load a couple years too early with the marketing campaign. Anyhow, the pastel Vertigos scream "South Beach" louder than any other guitar I could think of.

NY Mets, Fender Squire Stratocaster: Oh the Mets. They are specifically the Strat from the Strat starter pack. They are the expansion team that kinda started that whole "get the kids hooked" thing. Mr. Met, the home run apple; shit the Yankees would never consider... Squire Strats were really cool for a heartbeat in the 80's (neat colors, oversized headstock, a little more attention to consistency on the part of Fender), as were the Mets (though the coke parties and booze binges quickly took their toll).

Philadelphia, BC Rich Warlock: You have to have, like, aggressively poor taste to play one of these guitars, or just be so deep into metal that you cannot clearly see the world around you. Playing one of these is just like being a Phillies fan. I get it, it's cool, you feed off the hatred. Just please try not to vomit on children.
Read more »
Posted by Stephen at 2:18 PM 1 comment:

Happy Independence Day everyone! I wanted to do something super American, so I'm doing a three-parter on baseball and guitars. Part one, published below, is a list of all the teams in the American League, and what guitars they'd be if they were guitars instead of baseball teams. Part two will be the National League, and part three will be what position famous guitarist would play if they were on a baseball team. 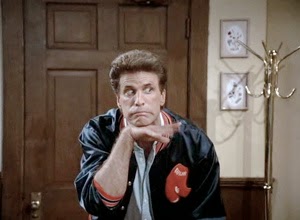 
Baltimore, Guild Starfire: A respectable guitar that produced a lot of hits, and has been in and out of style since the 60's.

Toronto, Gibson Firebird: John Gibbons is Canada's team's manager, so I figured they should be a Gibson. The Firebird would be the #1 guitar if it were made by most other companies. Over the course of the last 15 years, there's a couple of Jay's teams that could have finished first in most other divisions.

NY Yankees, Gibson Les Paul: Yup, I'm a Yankees hater AND a Gibson hater. It's the kinda guitar that rich dicks would have, and it's a team full of rich dicks. That being said, both are incredibly popular for a reason. I don't know if you can debate the fact that they have the most consistent quality of any guitar/team in history.

Boston, Fender Jazzmaster: A classic second tier/second rate guitar that became nauseatingly popular in the 00's. I'm a Sox fan and a Jazzmaster owner, but that first sentence wasn't at all difficult to write. I'm amazed at the price that people will pay to A. own a Jmaster, and B. go to a game at Fenway. In 1980, you literally couldn't give those things away. However, there is a certain coolness to Fenway, and the Jazzmaster's design that make both the guitar and the team deserving of a large chunk of their fandom.

Tampa Bay, Danelectro U2: I feel like the Rays rebranding (dropping the "Devil," changing the uniforms) is cosmically similar to Danelectros re-emergence in the market. Pastel colors and a cheap price tag, BUT surprisingly good (at times). Really, you could choose any Dano, but I picked the U2 because I feel it was the first reissue they really pushed.