When I was a teenager I had the world subdivided into two sets of people, those who liked Sonic Youth, and those who did not. They were the most famous obscure band in the world. Obscure to the general population of course, not the arty-intellectual types like my friends. During a time when grunge and hip hop were breaking into the mainstream, most kids were exposed to at least some decent music, just by turning on the radio. If you were into Sonic Youth, it meant you dug a little bit deeper. SY fans weren't going to be jocks, call you a fag for having dyed hair, probably read books other than the ones required by school, and generally, were less likely to be total dicks.

When Thurston and Kim split up, I gotta say, I didn't really care. Maybe I'm just jaded, old, cynical, but I'm an adult now, they are people, shit happens, whatever. I like the newer Sonic Youth albums, but I really haven't been deep into a SY release since A Thousand Leaves. It's not them, it's me. I don't think they ever put out a bad album maybe unless you count Cicconne Youth or whatever your least favorite SYR EP was, and that's really incredible. That's NINE albums that I love and another handful that are somewhere between good and very good.

I saw Lee Ranaldo play one of the last shows at Maxwell's (RIP). The timing of it all; the Kim and Thurston split, the SY breakup, and Lee releasing a strong album of very accessible rock songs, really put a spotlight (for me at least) on Ranaldo's work in SY. Part of me wanted to avoid gossiping or even realizing that the couple who defined the band that basically shaped my existence has broken up. Part of me was pumped from seeing a really good show, with a band member who had always been a supporting actor finally in the starring role. For the first time since hearing Washing Machine back in 1995, I really saw Sonic Youth with the indie-camelot folklore stripped away.

Eastern Hollows are a great local band who are hopefully poised for gaining more popular and critical attention. It seems to be a busy spring for the Brooklyn-based quintet; we were lucky to have them perform at showcase #12 (3/14/14) and hopefully will get them again for a show in the future. Easter Hollows sounds part shoegaze, part C86, and part post-punk. Imagine a poppy guitar driven British band the 80's and add more washy reverb, and better/more modern guitar pedals. They are familiar, but not stale. Interesting enough, but simple enough to be catchy. Jeremy and Travis were nice enough to exchange some emails with me regarding their newest video, which was released last week. 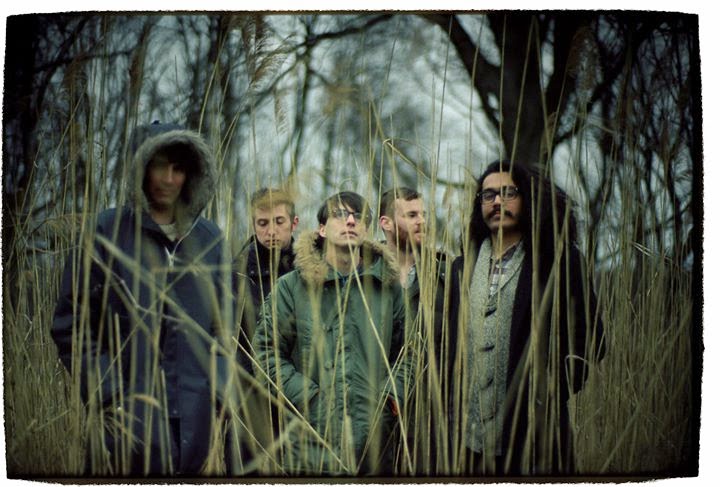 Hearts Bleed Radio: This starts out with very muted colors, cuts of the city... I was preparing myself for another "band on a roof" video, but it really takes off and becomes colorful and exciting. Where did the inspiration come from? How did the concept evolve?


Jeremy (drums/percussion): The concept and idea evolved naturally from the aesthetic that we have followed on all of our artwork to date - colorful images always involving flowers. The design and artwork all came from Cassandra Gibbons (she is also the unnnamed hooded figure in the video placing the flowers). She is a great artist and has been responsible for all art direction by offering up different samples and concepts for us to choose from. This video was her idea that she developed along with the director, Julian Kauffmann. "Giant paper flowers that grow and eventually take over the entire city" was the main idea.

HBR: The song is titled "Summer's Dead," which I assumed meant "Summer IS Dead." Upon watching the video, I guess it means, "The Dead belonging to Summer." Correct? What is the song about? (and thanks for inadvertently teaching me a grammar lesson)

Travis (lead singer/rhythm guitar/lyric writer): "Well, it was meant as "summer is dead." Not ownership. I thought it could be either depending on the context. Maybe I need a grammar lesson. It was loosely about a Smith's lyric I had always heard wrong and about the time of writing the song. Summer was just ending, getting sentimental about a great summer and that lyric. [Smith's] lyric is: "I want the freedom and the guile"---I always thought it was guide and not guile. This is in "I Won't Share You" I loved the idea of wanting both freedom and guide because that's how I feel all the time. Wanting freedom but then unsure what to do with it.

HBR: How long did it take you guys to shoot? Any interesting stories from production?
Read more »
Posted by Stephen at 6:24 PM No comments:

I've been insanely busy and I haven't written ANYTHING in FOREVER. I'm breaking my silence to let you know that you all must go to Fort Useless in Bushwick tonight. It's the last ever Quiet Loudly show and the opening bands are great and we're all going to miss them!

Here's an interview with Max from last year.

Here's a picture of Max that has been saved on my desktop for a year for some unknown reason. 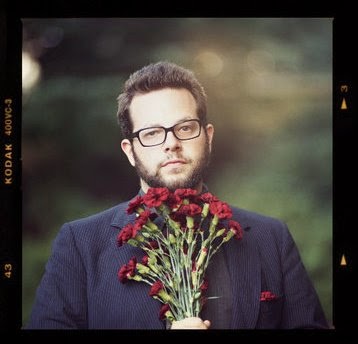 Here's the RSVP link to the show.

And here's my favorite QL song: