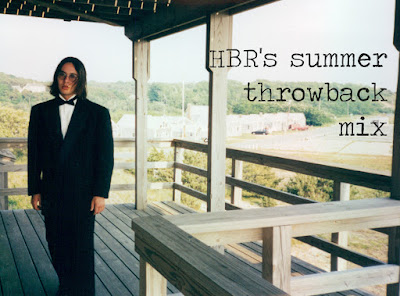 One thing that kinda sucks about living in NYC is that you don't spend any time in people's cars. I know it sounds weird, but there's an intimacy factor; it's probably as close as you get to someone until you get into their bedroom, if you ever get that far. A lot of the music that really sticks with me, and would guess most of you too, has a strong person/place/time connection. In a car, you instantly had person/place association. Whenever I hear "Only in Dreams," I'm baked out of my mind in the back of Chet's police issued Crown Vic with four other kids, parked down by a lake where no one would bother us. Whenever I hear "Mayonnaise," I'm cruising around with Meg in the middle of the night, feeling lost and hopeless, but also feeling like we belonged; if not to the world as a whole, but at least to each other. Whenever I hear "Marquee Moon," I know it's exactly as long as it took me to drive from the giant Victorian house I split with six other people across from the JCA in Amherst, to Rachel's two bedroom apartment on Randolph Place in Northampton, provided it was late at night and there was no traffic on Route 9.
Read more »
Posted by Stephen at 1:49 PM 230 comments: